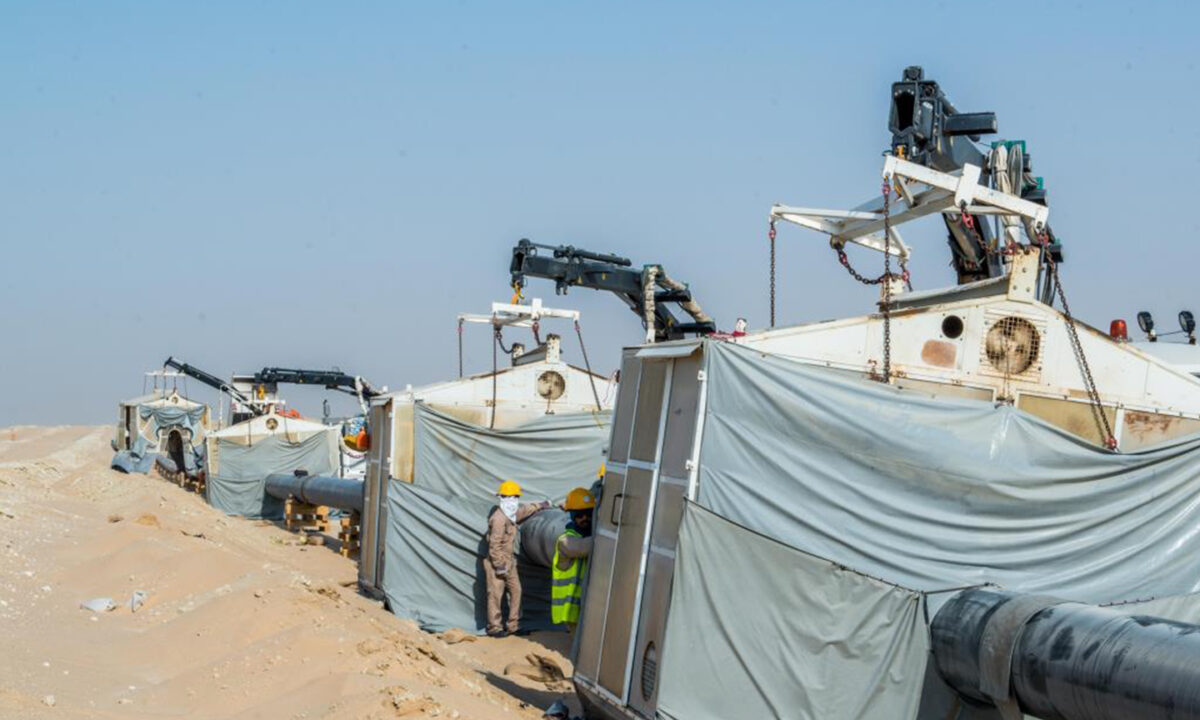 Kuwait Oil Company (KOC) Lower Fars Heavy Oil Development has the largest and most complex heavy oil scheme in the Middle East in the last decade. It is based on two phases extracting mainly heavy oil for export from the Lower Fars reservoir of the Ratqa oil field in Northern Kuwait. Phase 1 of the programme with a target production of 60,000 BOPD was awarded to the consortium of Consolidated Contractors Group SAL (CCC) and Petrofac International Ltd.

CCC’s scope of work comprised the EPC for 400 km of pipelines, buildings and infrastructure at the Production Support Complex (PSC) with a total constructed area of around 57,000 m². CCC applied several innovations in the project. Advanced automatic pipeline welding technology was utilised for most of the carbon steel pipelines reaching an average production of 80 joints/day.

The use of innovative techniques extended as well to the building works utilising BIM to support construction of the complex structure of the administration building. A smart monitoring tool “Management Dashboard” was used to capture all progress data in near real time at various project locations using multiple input tools including handheld units and mobile applications. The target rate of 60,000 BOPD was achieved in September 2020.

The Vacuworx commitment to safety does not end with product development. Recognising that implementing and enforcing safety protocols can sometimes be quite difficult, especially amid the rising costs of doing business, Vacuworx has introduced an…

Four EPC projects are to be executed by Sepcon’s oil & gas and mining divisions. The Main Tailings Discharge Pipelines at the Constancia Mine in Cuzco, Peru for Hudbay involves a 32” carbon steel pipeline…

In line with the transition to new energy sources, Goriziane offers equipment and plants for renewable energy. Recently Goriziane delivered its Hydraulic Release Mechanisms (HRM) for shackles which will be used on one of its…