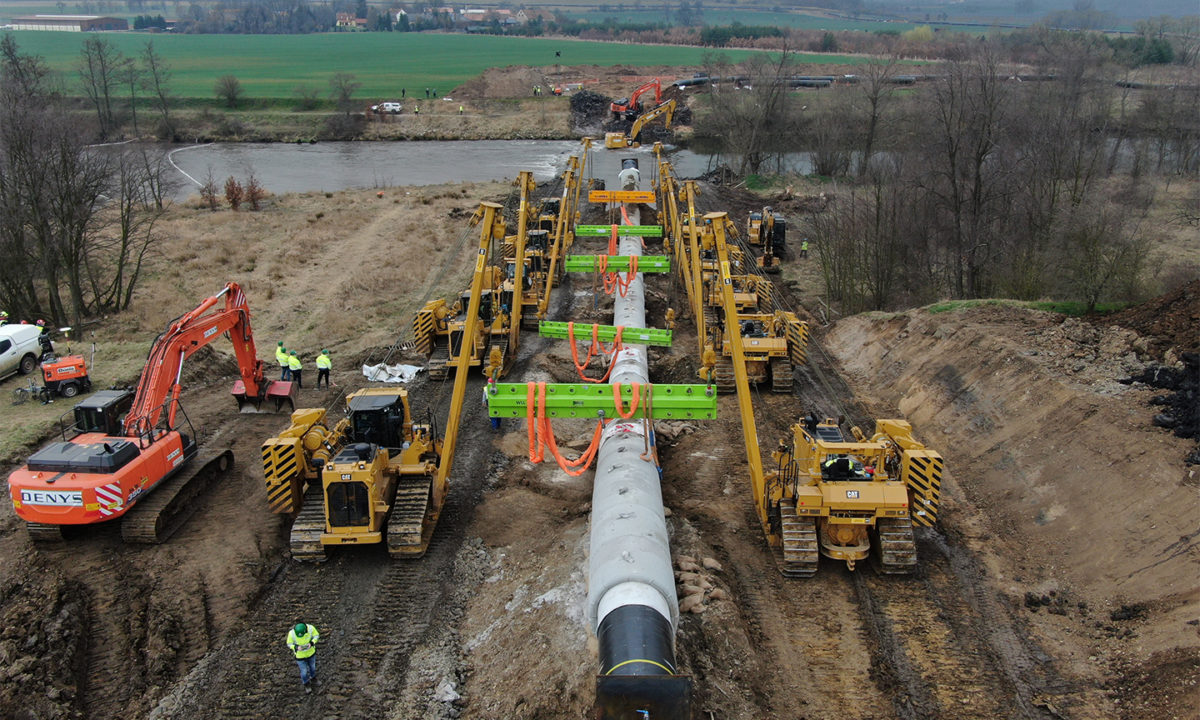 Since September 2019 Denys’ portfolio of major oil and gas pipeline projects is strong.

They started their third pipeline project for Saudi Aramco, near Jubail, and were awarded and started two months later lot 2 of the Capacity4Gas project for NET4GAS, 63 km of ND1400 natural gas pipeline in the Czech Republic. They are working with Boskalis on the Lillebaelt crossing of the Baltic pipeline for Energinet in Denmark and have been awarded the RCP project for Teréga in France, plus were recently awarded the OGE NETG pipeline project in Germany, near Köln, ND900 and 700.

This year the company will finish two major projects in Germany, lot 7 & 8 of Eugal for GASCADE, 130 km of ND1400, and lot 1 & 2 of Zeelink for OGE, 60 km ND1000, while in Poland they are finishing the Tworgen-Tworzen project for Gaz-System, 55 km ND1000. Denys is also successful near home, in Belgium and the Netherlands, where they are executing projects for a number of clients, such as Fluxys and Air Liquide.

Sicim’s growth path in Canada is reinforced by the acquisition of the Brewster Pipeline Project, one of the eight spreads part of the NGTL System Expansion. Steel River Solutions and SICIM Canada have formed Steel…

The 80 ton drilling rig was developed by a team of specialists in cooperation with experienced drillers and offers a fully-featured and user-friendly mobile design incorporating powerful thrust and spindle drive, an integrated mud pump…

During 2020 Noksel España manufactured more than 20 000 tons of gas pipes for Poland Gas System. The pipes were of L485M grade with diameters ranging from 20” to 40” with wall thicknesses between 11…