Panorama of Projects for Denys 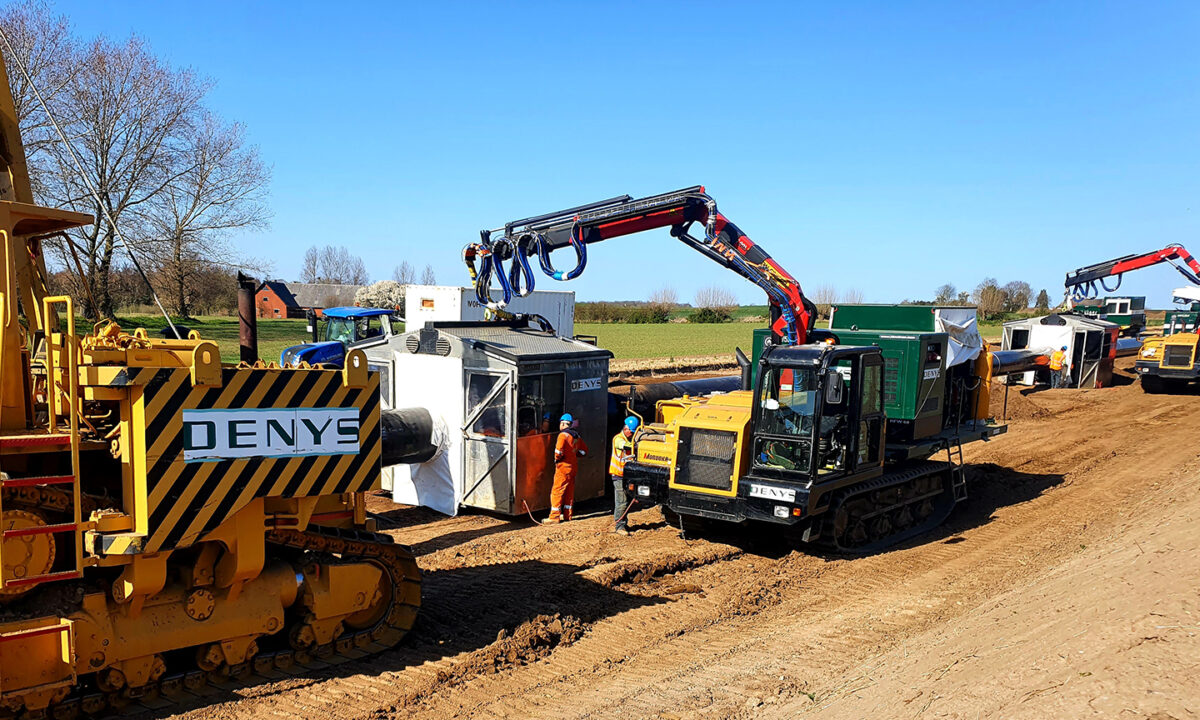 At the end of 2020 Denys completed the NET4GAS Capacity4Gas lot 1 project on schedule despite major obstacles due to the COVID-19 pandemic. Other projects, such as the Gascade Eugal Lot 7 & 8, and Gaz-System Tworgen-Tworzen were also finished as planned. Teréga’s RCP (Renewal of Capens Pamiers section) has been in operation since mid-April and Saudi Aramco’s rehabilitation project near Jubail is now in full speed to finish in one year from now.

Last year was also very successful in respect of new project awards for 2021. These include Energinet Funen, an almost 80 km long DN900 pipeline project in Denmark; OGE NETG, a very complicated pipeline project, also mainly DN900, near Köln with a high number and variety of trenchless crossings; SNAM Mestre-Trieste, 30 km of DN400 with several micro tunnels near Venice, and GRTgaz A22 in Brittany, approximately 40 km of DN500 to be built in only five months.

The new year started well with the award of both pipeline lots for the Porthos project, a 33 km long DN1050 and ND400 pipeline project for carbon capture and storage in the port of Rotterdam, a milestone in the goal towards a carbon neutral economy in 2050.

SICIM has recently been awarded a project by the Saline Water Conversion Corporation (SWCC) intended to build, on an EPC basis, a sales gas delivery system to supply the new power and desalination plant at…

Seal for Life Industries Participation in HDD Project in India