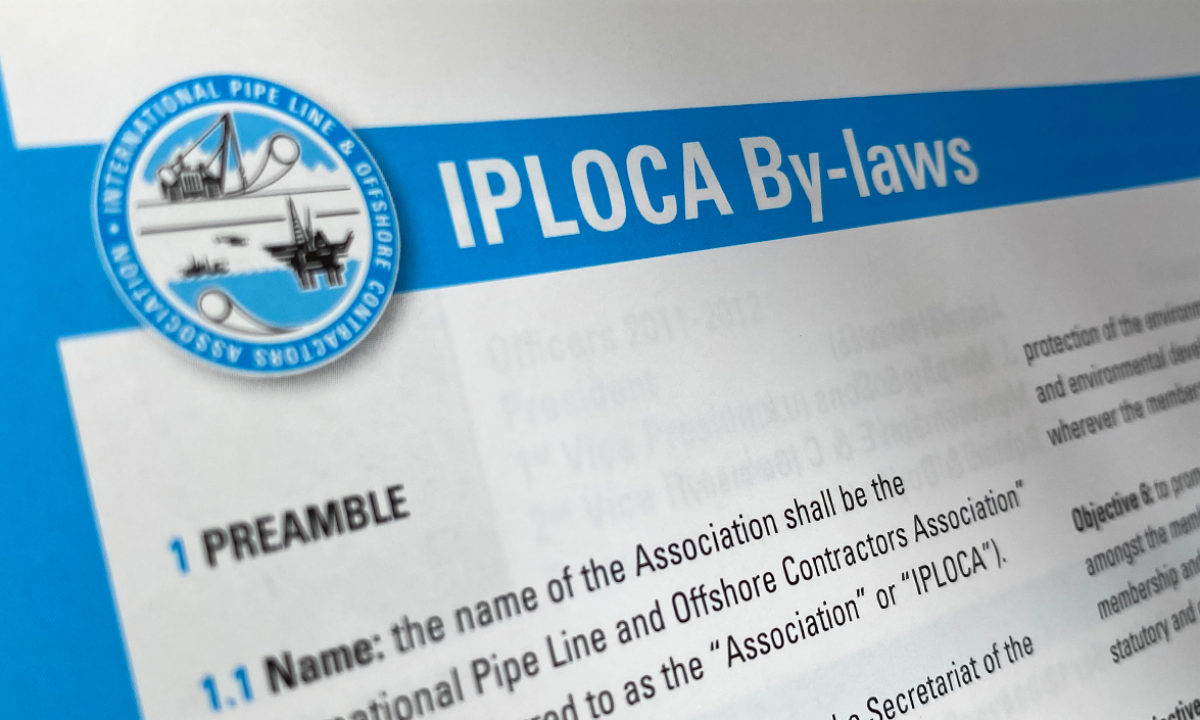 The IPLOCA By-laws were reviewed by a Temporary By-laws & Aide Memoire Committee, set up by the Board of Directors in 2014, to modernise the By-laws and remove inconsistencies, as well as to replace the Aide Memoire with 5 Secretariat operating manuals.

The latest version of the By-laws, as approved at the AGM in Mexico City on Friday, 29 September 2017, can be downloaded here.

IPLOCA Mission IPLOCA’s mission is to provide value to members through a forum for retaining and sharing knowledge globally, facilitating business opportunities, and promoting the highest…

IPLOCA is governed by a volunteer board of directors made up of 25 owners and senior executives of major pipeline contractors and service companies. Directors…