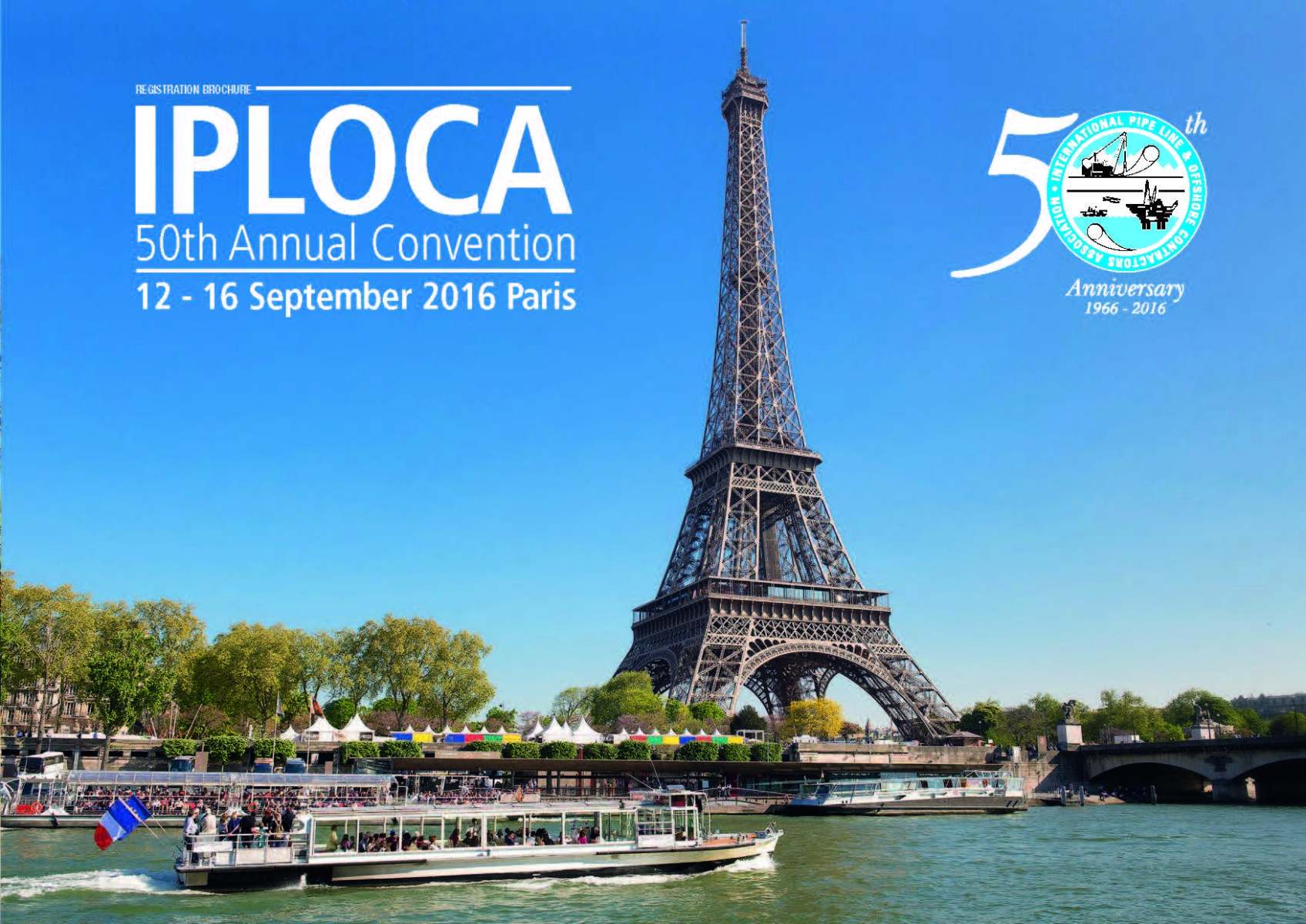 This 50th Anniversary Convention, attended by 600 participants from 33 countries, was the first one to be held in Paris; the city where the association was first established as the International Division of the Pipeline Contractors Association of the U.S.A. on 20 June 1966.

The IPLOCA Convention is a unique annual gathering of the leading global players in the pipeline construction industry. It takes place over 5 days and registration is restricted to IPLOCA Regular Members, Associate Members, Corresponding Members, Academic Members, Honorary Members, Media Partners and guests of IPLOCA.

The Open General Meetings held on Thursday and Friday featured presentations on a wide variety of subjects including the challenges associated with and the lessons learned from two major gas pipelines in Europe and Mexico; an overview of global economic conditions; a 2016 update on the business trends in the international upstream sector; case studies for success or failure of operator & contractor alliance use; and, delivering economic benefits for future generations through pipeline mega projects. The opening speaker shared her perspective of the changing face of Paris through 2,000 years of architecture.

Members attended the Annual General Meeting (AGM) comprised of the President’s Year in Review, the Treasurer’s report on the status of IPLOCA’s accounts and the incoming President’s objectives for the year. The results of the 2016-2017 Board of Directors elections were also ratified.

The tour programme focused on the best known sites and impressive monuments of Paris that have witnessed history in the making over the last 5 centuries. There were full day tours to Chantilly Castle and the palace of Versailles, as well as half days spent visiting Notre-Dame & the Ile Saint-Louis, the Eiffel Tower, Montmartre and the Louvre and Orsay Museums.

Thank you to all our delegates, speakers and sponsors for a successful Convention!

Speaker presentations can be downloaded and viewed here.

Mark your calendars! Registration for IPLOCA’s 54th Annual Convention is scheduled to open on Monday, 4 April 2022. The theme for this year’s convention is…