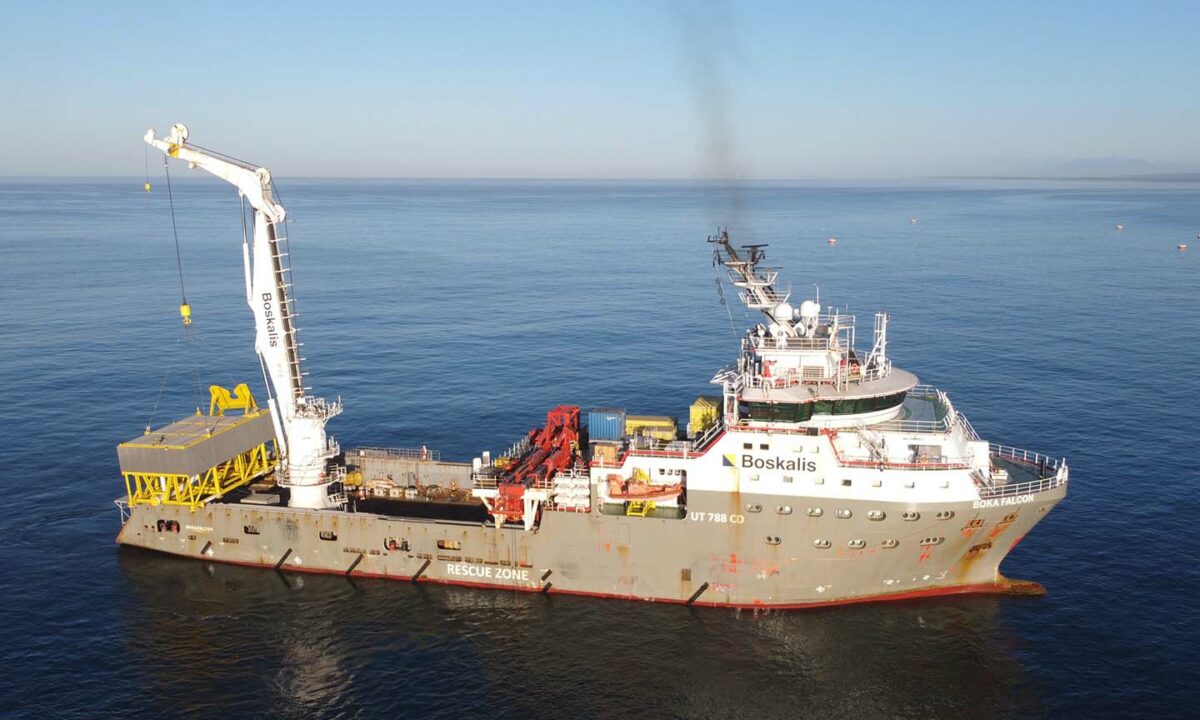 The LNG to Power Project for Boskalis includes the construction of a two-kilometer-long 24” gas pipeline including a 600m trenchless shore crossing by means of a micro tunnel from the power plant into the sea followed by the dredging of an offshore pipeline trench. The pipeline was pulled through the micro tunnel and trench by the construction support vessel BOKA Falcon (utilising, among others, its DP system). The BOKA Falcon consecutively also installed the Pipeline End Termination, anchor mooring system for the FSRU, the flexible riser and spool piece. The construction phase was completed after successfully pre-commissioning the pipeline system. The final phase of the project is planned for later this year when the company will assist with the mooring and hook up the FSRU that will receive the LNG for the power plant.

The Binhai LNG project is located in the northeast of the Subei faulted basin in the Yangtze fault block area. The strata are well developed and a set of shallow marine, coastal and continental materials…

The Baltic Pipe Project, developed by both GAZ-SYSTEM S.A. and Energinet, Denmark as co-investors, is a 36” offshore pipeline, which will connect the east coast of Denmark and the northern coast of Poland. The project…

Having been awarded the construction of 4 lots of the Ravenna – Chieti gas pipeline by Snam Rete Gas, SICIM is returning to its origins and is back in the Italian pipeline construction market after…