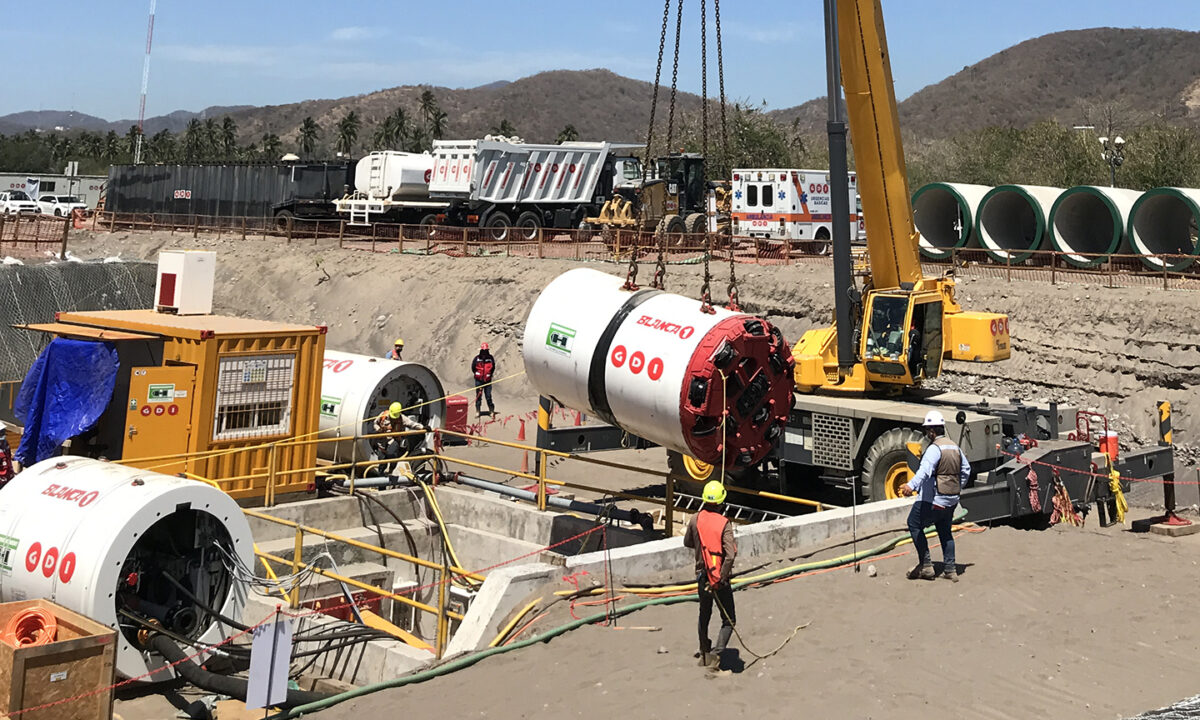 GDI is proud to have supported TC Energy by developing a microtunnel (MT) in the Manzanillo-Guadalajara Pipeline as a result of integrity campaigns of TC Energy.The microtunnel was successful for three main factors which allowed for reliable drilling execution.

First, due to demanding characteristics of heterogenous soil with sands, gravels and boulders, specialised electrical tomography studies were carried out during the engineering phase that resulted in a validation proposed design. GDI implemented an effective equipment selection of a tunnel boring machine (Blanca 1) aligned with the geological extreme conditions and safety parameters in trenchless activities.

Third, a proper selection of concrete pipes was supplied locally with defined tolerances during their fabrication. Once the microtunnel was finished, mechanical activities with string prefabrication, product pipe pulling inside the microtunnel, testing and interconnection golden weld with the existing pipeline were done with the highest quality parameters. The project was developed in a record period considering that all work site activities were completed between rainy seasons as was established in the safety plan.

Through engineering and ingenuity, several companies were able to help turn a potentially disastrous problem into a powerful solution in Rwanda, where natural resources are limited. The country sits on the shores of Lake…

Goriziane E&C S.p.A. has recently manufactured a new Internal Line-up Clamp (ILC). These ILCs are ready for final assembly and factory acceptance testing (FAT) before delivering them to onshore and offshore pipeline projects. The…